From Cetus
(Redirected from Cetus Nebula)
Jump to: navigation, search 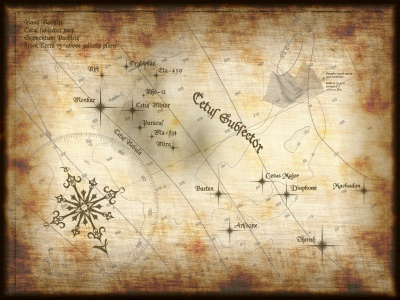 Also known as the Cetan Sub-sector.

"The Cetus subsector (pronounced Kay-tuss) is an oft-overlooked area within the Achernar Sector of the Segmentum Pacificus - no great crusades or widespread conflicts have swept through the area since the The Macharian Crusades reunified the Segmentum. As a result it is largely ignored by the more bombastic histories. It is too close to the Halo Stars for Terra to truly trust it with the more important assets and too far from Hydraphur to be closely monitored. However, the unrest currently sweeping the Segmentum Pacificus is causing broad Inquisitorial scrutiny to be cast upon Cetus for the first time in centuries. Take caution when trading that you do not draw their eye upon you."

-From the Navis Nobilite gazetteer of the subsector.