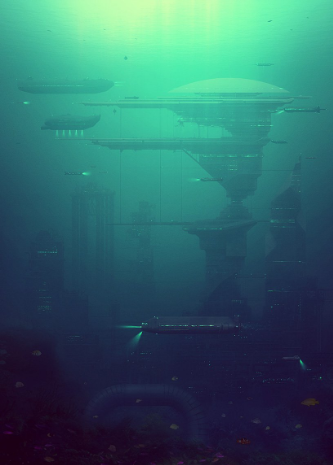 Located within the Cetus Sub-sector of the Achernar Sector, this is a sparsely populated ocean world with abundant sea life. There are some small land masses, although a great many hab stacks are actually built underwater to preserve what little available ground there is for ships to land and export seafood elsewhere in the Cetus sub-sector, particularly Cetus Major and Dheneb; it is said connoisseurs hold Diaphonean clams in particularly high regard.

Some of the largest ships are effectively self-contained communities that only ever land when offloading their catch. The superstitious population are given an unusually long leash regarding their religious beliefs, which hold that the various oceans are semi-conscious entities each reflecting a fragment of the Emperor’s Will, a belief which is regarded as pure heresy by offworlders. Conversely, Diaphoneans are extremely strict about the capture and containment of unsanctioned psykers, since warp manifestations can be catastrophic for mariners, be they above or below the waves.

Until the events of The Jormunga Cult it was home to the Order of the Cyan Storm.