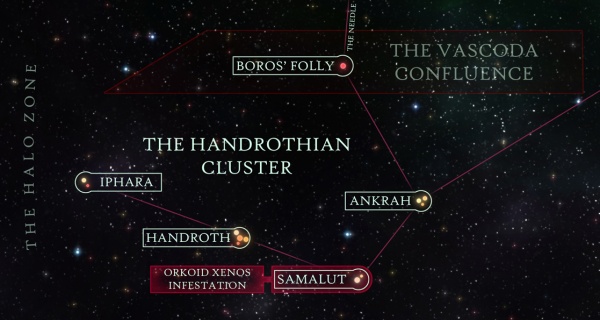 The Handrothian Cluster is a Sub-sector of the Achernar Sector and contains no inhabitable star systems other than those occupied by the Imperium. As such it has remained relatively peaceful for over two millennia. The agri-worlds of Ankrah and Samalut are its most strategically vital planets, exporting foodstuffs as far as the Cetan and Kapran subs. The capital system is Handroth.

In recent years Samalut was invaded by Orks, but the situation is contained.

A new system, Iphara, has also recently joined the Imperium and been added to the Sub-sector.