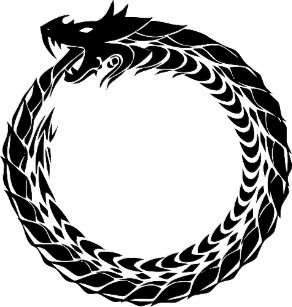 The Inquisition responded to a distress signal from Sister Airi, an Adepta Sororitas on Diaphone, and stopped a chaotic ritual in progress. Inquisitor Drake led the mission with Amon Carlin and Adrian Foss.

If ever there were a tale to enunciate the dangers of unsanctioned psykers, it is this one. The wastefulness and the horror that occurred in the Sororitas’ basilica on Diaphone has left a permanent mark on the agents I brought with me, it has weakened the spiritual and military health of Diaphone itself, and was not the result of any grand plan but the arbitrary workings of the universe.

We were called to Diaphone by the distress signal of a sororitas shuttle that was shot down as it approached its own basilica. Such an occurrence suggested the worst sort of heresy; taking what field agents were available in the Obelisk at the time, I left aboard the Trojan at once.

Upon arrival, we flew immediately to the small island where the sororitas’ lighter had ditched. Of the pilot and the ten sisters aboard, only one had survived: Sister Airi.

Questioning her and examining the wreckage suggested that the basilica’s own AA turrets had been used. Further reconnaissance from air or with the Trojan's optics was rendered impractical by poor weather, and given the risks of an approach by air or surface vessel, we instead requisitioned a local submersible. Conditions were cramped in the extreme. I was accompanied by Amon, Foss, Stendahl, and Sister Airi. Stendahl was crammed into the corner behind Sister Airi, and as is his wont spent much of the time complaining about his head's proximity to the heat vents of her power unit. He at least made himself useful monitoring vox traffic, but the basilica remained silent on that score.

We approached after dark. Amon suggested the use of a servo skull for covert surveillance, and Foss piloted it remotely, making a fine account of himself. Thus was the lay of the land revealed to us.

An enormous industrial hab-trawler, home to perhaps a thousand fishermen, had beached itself in front of the main gates to the basilica, smashing the modest docks beyond repair. They had used jury-rigged explosive launchers on the prow to blast through the gates, and equipped with improvised weapons and armour had thrown themselves through the breach with suicidal determination. There was no sign of the sororitas but for the carnage they had meted out in defence of their home. I suspect the majority of the ship's crew died in that initial assault. A great flock of seabirds pecked at their remains.

Seeking further intelligence before effecting an entry to the basilica, I boarded the trawler accompanied by Sister Airi and Amon.

Amon sourced us a semi-concussed sentry for in informal chat. A small serpentine insignia was carved into her forehead; in and of itself that was already enough to heavily suggest cult activity, but when she started spitting platitudes about the ‘Corpse-God’ (referring disloyally to Him on Terra) the question of motive was answered. She was surprisingly unperturbed by her predicament, and while an extended interrogation may have provided further intelligence, her mention of a ritual rather recommended haste. We had, she claimed, “already lost.” On my signal Sister Airi, who had been holding the woman in place with a power-armoured boot to the sternum, allowed her full weight to descend on the heretic.

We returned to the submersible to gather additional equipment and make some final reconnaissance with the servo-skull.

It appeared that the cultists had, at the cost of almost all their number, triumphed over the Sororitas.

The basilica held three areas of strategic note: the upper levels, containing the command centre, the nave itself (where it seemed the ritual was taking place) and the lower levels which, crucially, contained the basilica’s plasma reactor.

Reasoning that crippling the reactor would disable the AA guns, I called upon the Trojan to launch both Valkyries so as to effect an assault on the roof.

Collectively we were poorly suited to stealth, so we quietly approached the main entrance and then rather directly made our presence felt. Amon and Sister Airi had little difficulty overcoming the guards, and we moved inward, confident that the noise would lure cultists to us and away from the impending assault on the roof.

Our attack went as planned; we got Foss to the reactor, he disabled it, and the Valkyries’ assault proceeded with the precision I expect from Lt Cmdr Petersen's men. Little of relevance can be added on that score.

Of note, however, was the ritual.

Having taken the time to ensure a smooth military victory I had of course run the risk of giving the cult more time to enact their plan. I do not regret this decision, but it had a steep cost.

We found the Sororitas in the nave. They had been strung up in fishing nets, their bodies gutted and hosed out like fish, their armour stripped and discarded like scales. Most had clearly been dead for days. The offal had been left to gather on the floor, and had mingled with the brine used to hose the cadavers. I have never seen a bloodier ruin made of His servants. The room was lit by several small fires, sending strangely shaped shadows twitching and jumping across the cold stone walls. In the centre of the room, a circle had been cleared, but as yet nothing stirred within the bloody water.

Upon taking in the scene, Amon and Foss were violently ill. Enraged by the carnage, Sister Airi opened fire on the butchers in the room. Since we were committed I joined her in that endeavour, and fired upon the slaughterman intent upon gutting the few Sororitas left alive.

It was then that we encountered the first sign of psychic activity. An as-yet unseen figure emerged from the shadows behind the still-living sisters and shouted,“For Jormunga!”

He sent a psychic wave of freezing air into Sister Airi and Foss, numbing then as though plunged into Polar waters.

I had no interest in finding out what else this unsanctioned mind could do, and with his heat signature highlighted by the auspex diagnostor in my eyepiece, I took aim.

At that moment I thought back to working with Inquisitor Vandemar and the superlative oratory he had employed when dispatching the Abominable Intelligence of the late heretic Inquisitor Luque. If ever there was a time to inspire one's underlings and reaffirm their faith in the face of vile heresy, this was it. Sadly I found my faculties lacking in the moment; no great wit or pithy adage, no verse from the Canticles of Saint Trespasian, no damning judgement.

I settled for shooting him in the face with my plasma pistol.

Upon his death the waters in the empty circle thrashed and bubbled momentarily, then grew still. I am grateful that we will never know what would have transpired.

The few remaining cultists were taken for interrogation and, thereafter, the pyres of the damned.

The notion that we might abandon the basilica to the elements was of course a nonsense, as was the idea that Diaphone’s populace could ever know that a convent was laid low by a rabble. Publicly, the Order of the Cyan Storm have departed on crusade. Five years from now a message will reach Diaphone with the news that the Order were wiped out in a glorious last stand on some faraway battlefield, their deaths saving entire regiments of guardsmen. The lie will have far more meaning than the truth.

As for the four survivors, they have returned with me to the Obelisk. Sister Airi wishes to continue doing the Emperor's work, but it remains to be seen how the other three - including the Canoness - will bear their psychological wounds.

Our interrogation of the cultists leads me to believe that theirs was an isolated seagoing community, limited to their ship and unable to spread their heresy further. Diaphone's populace are already wary of psykers, and I have no reason to suspect the world as a whole.

On a final, personal note, I have always known that those who work for the Ordos pay a heavy price. If we die of old age it is because we have not worked hard enough, or because our spirits are too broken to be of any use. What I saw on the basilica should have harmed me. It was, objectively, horrifying.

I felt nothing at the time.

Later, the sadness of the loss of the convent and the anger at the cultists sank in, but the charnel house in the nave is just information to me. Clearly, that is not right.

Something else I have noticed: earlier in my career, I would have given my life to save another servant, particularly a battle sister, but knowing that my caution cost lives I feel no guilt. Am I wiser, or more aloof? Will I lose the very thing that motivated me to join the Ordos in the first place, and will it lead me to heresy? Will I end my life like Luque, convinced of my course of action but hunted by my colleagues? And why am I more worried about my as-yet unreal future when the suffering of the sisters who died was very real? Either way, I am unsure if I could trust a priest or therapist with the knowledge I would have to unload on them. It would be a weakness others could exploit. The most prudent course of action, it seems, is to keep these concerns to myself.