Drukhari In The Prospekts 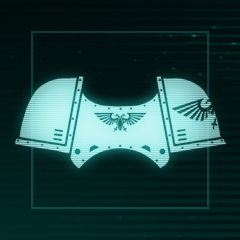 Drukari In The Prospekts was a Deathwatch mission, followed by an investigation by Inquisitor Michael, of Drukari slavers attacking Baeten.

I trust you are well. Your conduct as an Inquisitor thus far has left me in the mindset of a proud father, though it is probably unpolitic to say so.

Strangely, I am writing to ask for advice (what protégé worthy of the name cannot outstrip their patron in some regard?). To ask my questions, I must first impart ill news.

It seems a band of Druchari raiders have somehow returned to Baeten even though the webway gate is no longer functional (as per our efforts some years ago). A second gate is highly unlikely, which leads me to believe they came on a ship, which then begs the question: how could they have landed without detection? Why were they not picked up by the system monitors in orbit?

They are raiding the crumbling ghettos of Prospekt 21, abducting small groups of people every night for the last month; in time, the authorities became aware. The limited scope of the raids makes me think they are small in number, and are taking them to their vessel somehow.

Governor Tarnovask (who I'm sure you will remember fondly) sent in the planetary defence force, and the results were disastrous: they failed to get to grips with the enemy and lost three tanks and twenty-two good soldiers.

I intend, therefore, to sanction deployment of the Deathwatch.

Do you have any knowledge of Druchari vessels that may explain how they slipped our picket? Or any hazards to which I can alert the astartes team? I remember it cost young Ashar dearly when last you confronted them, and I've no wish for the Astartes to face needless risk.

I would suggest that the primary objective is to locate and destroy the xenos, but secondary objectives would be to capture their presumed vessel for study, and, if possible, liberate the captives.

Saints be with you,
Nikolai

As you have identified, Dark Eldar, or Drukari, primarily use the webway for transportation (I could explain why, but it’s a long explanation). Even their capital ships travel through the webway as much as possible, albeit only the largest of ways. It is likely therefore that somewhere in the region there is a webway opening in space, and if we can find that we could blockade it and begin work to dismantle it. The fact that the Drukari have, despite the destruction of their primary gate, gone to the effort of returning to Baeten via “the long way” is somewhat alarming and indicates something more specific that they want on Baeten than just convenient access to human slaves.

As one might expect from such a race, Drukari ships are the very embodiment of deception. I have reports of Drukari ships capable of taking on the appearance of other vessels, Imperial or otherwise. The Navy have dubbed these “Mimic Engines”. It is likely that this is what they are sing to slip through the picket. Be aware also of another system, should you succeed in detecting them, the Shadowfield; which scrambles the visual and sensor readings in the region around the ship making it impossible to accurately target.

Their ground forces are fast and deadly. They prefer to travel on extremely fast and light open topped skimmers, often accompanied by jetbikes and sometimes starfighters. Their troops are likewise extremely fast moving, and armed with powerful weapons. As you have identified, Ash lost a leg when we first encountered them, utterly vaporised by a single blast from a sidearm the size of a laspistol. I have no doubt they would penetrate even Astartes plate. They also favour poisons, although it may be that Astartes are beyond such mortal concerns. They are however relatively fragile, even in comparison to their Craftworld and Exodite kin.

Eliminating hostile forces is of course paramount, however finding out why they have come back to Baeten specifically, would be invaluable. The captives may, unfortunately, be beyond rescue. Drukari interstellar ships are usually fully equipped with torture chambers, and the torturous sadism of their people legendary. You are likely to find that granting the Emperor’s Peace may be the best you can do for many of the prisoners taken, and death would always be preferable to capture.

I cannot say I'm surprised that Governor Tarnovask came to you with this and not me, and I shall not interpose; but as Cetus' only Ordo Xenos member I would appreciate being kept informed of all developments. I have pressing business elsewhere, but if you do manage to capture the xenos' ship, or a webway portal, I will deffer and head to Beaten immediately to investigate.

Yours in duty,
Gregory

You asked that I put the mission down in words. Here are my words. If these words are not sufficient, you are invited to say so.

We were informed by local forces that the xenos came during the stormy season. They used storms and nightfall as cover. When we arrived, a storm covered Prospekts 20 and 21. They had been engaged by planetary defence forces in 21, so we thought they would try 20 instead. We were correct.

Brother-Techmarine Uzziel took the gunship up to high altitude and used heat sensors to look for occupied structures in the outskirts of 20. Brother Ganzorig executed a HALO drop insertion onto a ruined tower overlooking the occupied buildings, while we advanced on foot to maintain a low profile entry into the operational area.

We interrupted the Drukhari halfway through their raid. We were unsure at first; they are challenging to resolve on auspex scans, but Brother Usharis was up to the task.

His scans showed the largest building with a cluster of 10-20 bio signs in one corner, and in the opposite corner, 2 figures. Brother Unik Besytter and I forced entry and overwhelmed the two figures -Drukhari, as expected - then attempted to calm the civilians. They seemed unnerved by our appearance, so I set my helm's vox grille to ‘loud’ to ensure clarity, then told the citizens to remain calm. I specifically used the word citizens to show that we were warriors of the Throne, but they seemed, if anything, more frightened by my words. Determining that further appeals for calm would be ineffective, I resolved to watch over them while the rest of the team moved to round up other citizens in the area and consolidate them at my location while Brother Ganzorig kept watch for more enemies.

Drukhari are stealthy. It was only Usharis’ auspex that could find them. Ganzorig was attacked by a knife fighter that had silently climbed the tower, while Unik had a succession of the aliens hurl themselves at him. All were fought off in exchange for superficial damage. Unik continued onward to a pair of shipping containers we suspected were being used as improvised habs.

It was then that Ganzorig informed us the Drukhari transport had arrived. You will have seen the skimmer for yourself; its main gun seems roughly equivalent, tactically, to a lascannon. It cut through the girders supporting the top floor of the tower, and forced Ganzorig to jump away as the floor fell beneath him.

Standing on the roof of the building full of citizens, I saw the skimmer sweep across the field to the shipping containers. Unik hid behind the containers as six Aeldari dismounted, including their leader. The leader fired its sidearm at the lockpad, and it vanished. The door, unpowered, now fell. I could see a family of five inside, cowering. One fired a shotgun prematurely, then the leader stepped into the threshold and unloaded grenades from its back unit into the container, spilling a black-purple smoke. From my vantage point, I could hear the family scream, but had no clear shot and I now had other targets closing on Usharis: the rest of the Drukhari.

Usharis was nearly taken when assaulted by two of the Aeldari with knives, but held on long enough for Ganzorig to take them out with metal storm rounds, having gambled that Usharis’ armour would protect him from friendly fire.

This assault distracted us from a flanking Drukhari, who fired a beam of… darkness. It is hard to describe. But it took Usharis’ leg. It no longer existed. Ganzorig ignited his jump pack, flew into the chapel ruins in which the flanker stood, and dispatched it with an inferno pistol.

Usharis retained his wits, and continued to engage what foes he could. There is a phrase: hopping mad. Do you know this phase? It seems pertinent.

While most of the squad was busy with the attack, Unik climbed one of the shipping containers and launched himself at the skimmer, landing on its bow. He reached the middle of its deck before the Drukhari leader boarded behind him. Turning to face off, Unik was greeted with a shot of darkness from the leader's pistol. His breastplate absorbed much of the shot, but some of his sternum was gone. Concerned he could no longer succeed alone, I loaded kraken rounds and took the leader out from my position on the rooftop. Even in his injured state, Unik was able to pin down the unarmed Aeldari at the helm.

I believe the Drukhari would have retreated, and might have led us to their ship sooner, but our blood was up and I did not see the opportunity when it was presented. As squad leader, the suffering of the citizens on the alien ship lies on my shoulders.

I am glad you were able to retrieve good intelligence from our only prisoner. It gives me some comfort.

Guardsman 9 to Primarch 3. Your move.