From Cetus
(Redirected from Max Drent)
Jump to: navigation, search 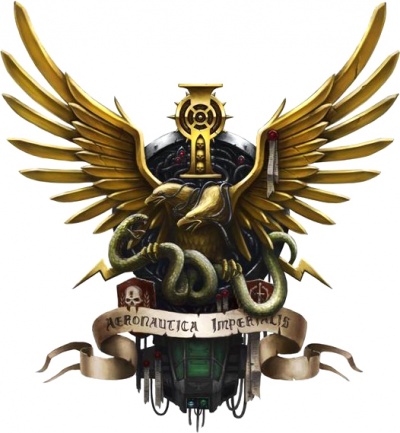 Maximus ‘Max’ Drent is a gifted pilot, entered into inquisitorial service under Inquisitor Kovach after an incident with the late Inquisitor’s gun-cutter. Unpolished, but capable, Max was recently promoted to the rank of Interrogator by Inquisitor Michael, much to the surprise of everyone in the Obelisk (including Max).

Max grew up in the underhive slums of Hive Sejanus, in district 42, adjacent to the old manufacturing hub, or ‘the clanks’. Like many others in the area, Max’s family made their home in the dilapidated remains of a long abandoned factory.

The eldest of six children, Max has never met his father and became the sole provider for his family when their mother left. Her whereabouts are currently unknown. At the completion of his first mission, and under the advice of Gaius Umberto, Max moved his siblings off world to Machadon in the hopes of keeping them separated from his career in the Inquisition. Max is extremely close to his younger siblings and continues to miss them.

Terrified, but determined to keep his siblings together, Max took the only opportunity he saw available to him: Crime. He became a petty thief and pickpocket, before joining a gang. It was here that Max learnt to drive and, eventually, fly.

Max proved himself to be useless as a marksman, and a joke at intimidation, but he was a natural pilot. The underhive gang landscape is constantly shifting, and Max moved with it. It was during this time that Max honed his skills as a driver and pilot as he moved up to bigger, and more dangerous jobs; working illegal cargo runs, evading law and rival gangs alike, and transporting important members of the city’s criminal elite.

Max’s life continued in this way for around three years before ever encountering the Inquisition.

After being dismissed by the crew he had spent the previous 6 months working with, Max made the somewhat rash decision to steal a Guncutter ship. Max successfully disabled the security systems around the craft, boarded and took off. The ship’s secondary security system immediately sent out a beacon to all local law enforcement. The call was answered by three squadrons of fighters and multiple magistratum crafts resulting in an air pursuit. Max out maneuvered them all, evading capture and arrest in an impressive aerial display.

Inquisitor Kovach eventually hailed his own cutter and offered Max the opportunity to join the Inquisition as an agent or pursue other options... He chose the former.

What was a scrawny, fast talking and ignorant youth has changed considerably since becoming an agent.

A tragic and formative experience was the loss of Rosa Richter, who confided in him after she began to hear the voices of demons. Although he and Inquisitor Drake tried to save her, their plan failed, resulting in the death of both Rosa, and Inquisitor Kovach. Max continues to carry the guilt surrounding both of their deaths.

After the events of The Rosa Effect Max was invited to join the Ordos Xenos under Inquisitor Michael which he accepted, initially temporarily. Max found this new work suited him and strives to learn all he can.

No longer ignorant of the greater issues facing the Imperium, Max is increasingly understanding of some of the hard lines taken by the Inquisition and learning to take some himself. Despite this, he remains an idealist and strives to believe that they can save everyone.

Max has taken an interest in power fists. After extensive weight training and practice Ash finally permitted him to use one, but in his first mission using it (Cleansing the Flint Compound) it didn't go very well.

A gun-cutter class shuttle, originally discovered during the events of Never saw the Eversor by Inquisitor Michael on board the would-be Accipiter. Michael gifted the craft to Max who titled it ‘The Azure’. It is his pride and joy.

The Azure is a small, space-worthy craft with no warp capabilities and crew quarters for six with transport space for 20, or equivalent cargo. The weapons complement contains a Las Talon and autocannon within the nose and twin-linked, heavy bolters under each wing.