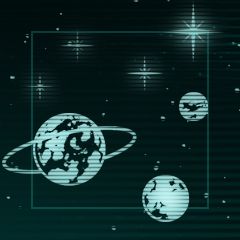 An Inquisitorial mission to investigate a psychic phenomenon in deep space.

Michael called together the available agents for a mission he felt really needed and Inquisitor but none was available, he himself leaving the planet immediately after the briefing.

Many psykers and augers had detected a psychic phenomenon somewhere in deep space, but it was unclear what it is. Triangulating the different points of detection they had a location in deep space rim-spinwards of Cetus Major.

The Seraph and Squadron 23 would be heading top investigate and the Inquisition team would be in charge. Max requested Acid accompany them and Michael agreed.

The system had previously been charted and considered unimportant, but upon entering the Navy detected a planet that was not on their charts. Getting closer it appears the planet was habitable and indeed had at some point been settled. An Imperial Cathedral confirmed that this was once an Imperial world.

Further investigation, including the team landing on the planet, revealed that the settlements were primarily based around a single colony ship and had existed for about 300 years before all the people in the city just got up and left one day. According to the data they recovered from old cogitators this was approximately 1,500 years ago. As the Naval charts were only 1,000 years this predated them. However judging by the plant growth that had accumulated over the structures, only 10-15 years had passed locally since then.

Given the mild but pervasive level of warp taint the psykers detected all around, the prevailing theory was that the planet had been in the warp during the intervening years.

Using her Skull Swarm Acid tracked hundreds of directional clues from opened doors, object knocked over and debris trails and roughly locate where all the people had gone; a cave opening in the excavations for the foundations of a building.

The team investigated the cave using the skull swarm strung out to extend their range and found the worn path leading down to a deep chasm. Unfortunately one of the skulls (Konni) was then destroyed by forces unknown. With no other option, the team entered on foot, but heavily armed. When they reached the chasm Sarge dropped a flare. It fell for thousands of meters before they saw the bottom, and all they could make out was some writhing movement as a powerful audible and psychic shriek rang out. Moments later answering shrieks rang out between the team's current location and the exit.

As they retreated the team was assaulted by large dog-like beasts that appeared to have no skin and consist of dark almost black muscle. They were highly resistant to damage, and full of black ichor. Leaving the planet the team resolved to report back with their findings and recommend the planet be destroyed from orbit.

Well, that was horrifying. No fatalities, though. Report attached. I just filled out my first “request entire planet destruction” form. What a time to be alive.

Coming face-to-face with a nearly unkillable flesh beast and realising you have to destroy a planet gives you a bit of perspective I think. On the way back I was thinking there a few things I’d like to say. To you. We haven’t seen each other much since Brother Elias’s party. And my letter writing is getting better, I think? Max says it is. So:

1. I’m sorry everyone at the party thought we were together. I know it was really awkward. And when I laughed it off I wasn’t laughing at the idea, I was just trying to make it less awkward. I hope it didn’t ruin your chances with the captain you brought the wine for.

2. I wanted to thank you for saying no when I (clumsily) tried to come onto you last year. I know my idea of ‘relationships’ isn’t what everyone else’s is. I’ve done a lot of growing up since and I can see it was the right thing. So thank you for being kind.

Well, that probably just made everything MORE awkward. Blame the flesh beast. But what I'm trying to say is: you're a dear friend, Gregory. Thank you.

SIV! Mate! How's space school? Have you learnt everything already and literally know everything about everything ever? I expect so. You won't be able to fit your brain in the Obelisk when you get back!

Everyone is fine here! Sarge is out of jail, Rosie is out of her wheelchair, everything is FINE!

There was one thing that's a bit less than fine. We went a mission a few days ago that is very not fine. I'll attach the report.

It was scary as fuck, but it was also super confusing. How does something like that even happen? I know you initially went to swot up on demons (before you learnt everything about everything ever), and the warp has to do with demons right?

If you get 10 minutes, could you take a look? I think we're planning on blowing it the fuck up, but I'm kind of interested in what in thrones name it is!

Cheers mate, see you when you get back!

Things got a bit hairy on the little planet of horrors, huh?

I just wanted to see if you're OK? You looked pretty shook (probably because you're smart).

Not long ago Nikolai cautioned me against a Guard like attitude towards disposing of assets, and I found it to be a fair and wise council.  With that in mind, I would appreciate your advice.

Agent Lear has requested Exterminatus and I am inclined to agree. I've had my Savant Keyode researching in the Obelisk archives and it seems that the planet was once named Centra V. It disappeared into the warp and a subsequent Inquisition investigation chose to purge it from all archives, hence the fleet having no record of it. I suppose it's the old "safety in ignorance" attitude.

That rather confirms the suspicions of the team that the planet has been in the warp. Add to that the presence of some unknown psychic presence and hostile and nigh-unkillable monsters and it seems Exterminatus is the safest way.

Nevertheless, acting as my own Abaddon's Advocate, I wonder at wasting an entire habitable world. We could send an expedition to go in force to expose and purge the lifeforms. I'm sure an entire habitable planet would be worth the deployment of an Astartes strikeforce.

The question then becomes does the fact this world has passed through the warp condemn it forever?

My opinion is yes, but I seek the council of those more experienced in such matters.

For now I have dispatched a ship to return to the Centra system and observe and interdict. From the report it seems like we have time to make this decision but I do not wish to leave the system unobserved.

I've read the report. You performed excellently. Well done for getting the entire team out of there. That said maybe don't say "no casualties" in front of Acid. She reported one casualty to me and it took me a moment to work out she was reffering to a servo-skull and not some new Agent I had not yet met.  She appears to be simultaneously saddened by its loss and excited about improvements to the second iteration.

I would also like to dissuade you of any notion of my having affections towards Captain Janacek. I must say I barely know the woman. On Thoratis where I was raised it was considered good manners to bring a gift to a host of an intimate social occasion. But not if the event is public or large enough to be considered a ball or gala.

To be honest I've had little opportunity to practice such social niceties whilst deployed with the Guard so that may be that I misjudged the situation. And of course customs vary world by world. I shall try to remeber to ask Agent Zelenko about regional customs.

As for the laughing, I'm honestly grateful. You disarmed the situation with far more casual grace than I was able to muster at the time. I confess to being surprised that so many people were so ready to jump to that conclusion.

I must reiterate how well you did on the mission. I do not wish to interfere with the internal politics of another Inquisitor's Warband but if you continue to hear nothing from Kovach it might be worth you speaking with him about your career progression. There may be something specific he is waiting for you to demonstrate before raising you to Interrogator. From my perspective you are already acting as it in all but name.

Good work on Centra V. I have never contributed to the sanctioning of exterminatus before, but I concur that it is the wisest course of action and have sent enquiries to Kaprun regarding whatever stocks of virus bombs might exist in this sector.

Following on from this mission, there is another matter I wish to discuss with you. Come by my office at your convenience.

I have seen warp-tainted worlds before, and while there are contexts where they can be semi-safely reclaimed, this is not one of them. Full warp immersion of a world with no pre-existing strategic assets presents hazards with no rewards, and so its destruction is the only thing that makes sense. Like attracts like, and this world could be a candle to wayward insects. The sooner it's purged, the better.

My respects to Ashar for the way she handled it.

I must solemnly request the fleet undertake action on behalf of the Inquisition in the Cetus Subsector, Centra system.  Your charts will be missing a planet, Centra V. I have attached precise coordinates and an update for your charts that includes the missing world.

The planet is currently interdicted by order of the Inquisition. I have a monitoring ship on station and it will be deploying beacons to warn ships away, however at your earliest convenience you will undertake to virus bomb the planet.

In fealty to the God-Emperor, our undying Lord, and by the grace of the Golden Throne, I declare Exterminatus upon the Imperial world of Centra V. I hereby sign the death warrant of an entire world. May Imperial Justice account in all balance. The Emperor Protects.

Thought for the day: Duty prevails.